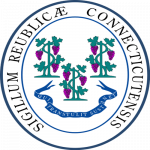 for tax paid to other states while working from Connecticut during the pandemic.  Connecticut law currently allows credits for tax paid to another state only if: (1) the individual was physically located in such other state while working; or (2) the individual is a resident of a state that applies the “convenience of the employer” sourcing rule.  Two bills have been introduced, both of which would expand the allowable credits only for Connecticut residents and part-year residents for the tax year beginning January 1, 2020.  H.B. 6183; S.B. 873.

The bills have been proposed as Connecticut legislators decide how to use a projected budget surplus for the fiscal year ending June 30, 2021.  The unexpected surplus may be due partly to Connecticut’s unique personal income tax sourcing regime, which under the circumstances of the pandemic operates to produce a windfall.  Connecticut employs a standard residency-source personal income tax regime that permits residents to take credits for tax paid to another state only if the resident physically worked from that state.  However, Connecticut alters the sourcing rule for residents of states that apply the “convenience of the employer” sourcing rule.  Under this rule, an individual’s work from outside of her employer’s state is sourced to the employer’s location unless the employee’s work location is for the employer’s convenience.  Connecticut applies this rule only to individuals that are residents of a state—like neighboring New York—that also applies the rule.  Conn. Gen. Stat. § 12-711(b)(2)(C).  Thus, while work from home continues, Connecticut law: (a) taxes New York residents working for Connecticut employers; but (b) denies credits to Connecticut residents working for New York employers.