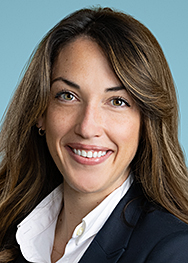 The Alabama Tax Tribunal held the taxpayers’ wholesale sales of fuel that entered and exited the state via the Colonial Pipeline were subject to the state’s wholesale oil license fee. The sales in question were made to Alabama license holders and involved fuel imported from out-of-state. The fuel would either enter Alabama from out-of-state through the Colonial Pipeline or be injected in the pipeline at a point in Alabama. In either instance, the fuel was bound for final movement out of Alabama with there being no subsequent point in Alabama where the fuel could exit the pipeline.

The taxpayers argued the sales occurred while the fuel was “with a common carrier [the Pipeline] for transportation to another State,” and thus should not be subject to tax by Alabama as interstate sales under the Federal Commerce Clause. The Department of Revenue disagreed, arguing the taxpayers’ sales contracts did not support the delivery location being outside Alabama because title to the fuel transferred from the taxpayers to the fuel’s purchasers while in Alabama, effectively removing the fuel from interstate commerce. The tribunal agreed that normally goods bound for out-of-state delivery are not taxable under the Commerce Clause but because the contractual terms between the taxpayers and the purchasers stated title to the fuel passed in Alabama, the sales were subject to tax.

The tribunal’s decision is a reminder of the importance of contractual delivery terms in sales transactions and the role they may play in determining the application of tax.