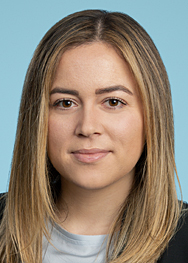 On February 12, 2021, Maryland legislators voted to override Gov. Larry Hogan’s (R) veto of H.B. 732, making Maryland the first state in the nation to impose a digital advertising tax. While Maryland’s enactment of the bill is a first, other states have impending digital advertising tax bills, such as New York, Connecticut, Indiana, Nebraska, Washington, Montana and Massachusetts. Maryland’s digital advertising tax, which becomes effective March 14, 2021 (30 days after the Governor’s veto), has been preemptively challenged in U.S. District Court. 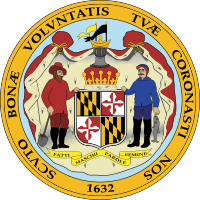 Because the law imposes the tax rate based on total global revenue, without regard to whether that revenue was derived from advertising services, multi-industry taxpayers may be subject to the higher tax rate even if digital advertising services make up only a small portion of the taxpayer’s overall business.

Maryland’s law is vulnerable to challenge on multiples bases including violating the Internet Tax Freedom Act (ITFA), Commerce Clause, Due Process Clause, First Amendment, and the Equal Protection Clause. On February 18, 2021, four trade groups including the U.S. Chamber of Commerce filed a lawsuit challenging Maryland’s new digital advertising tax. The complaint asserts that the law is preempted by ITFA as unlawfully discriminatory by taxing digital advertising delivered over the Internet without applying a corresponding tax to non-digital advertising. Further, the complaint alleges that the law violates the dormant Commerce Clause and Due Process Clause by favoring in-state companies and penalizing out-of-state companies by imposing progressively onerous tax rates on companies because of their extraterritorial business activities. The trade groups’ challenge, however, does not include First Amendment or Equal Protection Clause claims. More lawsuits are sure to follow.

Proponents of Maryland’s digital advertising tax allege that the tax will not negatively impact small businesses. However, the business reality undercuts such claims. Although the incidence of the tax falls on large tech companies, these taxpayers will likely pass on the cost of the tax to its customers, making it more expensive for smaller businesses to run ads on digital platforms. Maryland Senate President, Bill Ferguson (D) has filed a separate emergency bill, S.B. 787, to address this issue and prohibit taxpayers subject to Maryland’s digital advertising tax from passing on the cost of the tax to their customers.

Finally, New York recently introduced legislation which would impose a monthly excise tax on the collection of consumer data by commercial data collectors. The proposed New York tax would apply regardless of the format in which the consumer data is collected (i.e., electronic or otherwise). The bill would be complimentary to New York’s proposed digital advertising tax because it seeks to tax revenue from companies that are commoditizing data for targeted advertising. Such an approach may not suffer from the same constitutional infirmities as Maryland’s digital advertising tax. The New York bill is currently under review by the state Senate Budget and Revenue Committee.