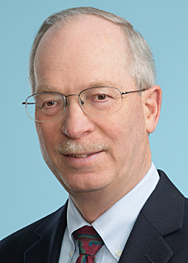 California Sales and Use Tax Regulation 1698.5, which sets forth comprehensive procedures for sales and use tax audits, has been approved by the California Office of Administrative Law. The new regulation, which was proposed by the California Board of Equalization (BOE), goes into effect August 18, 2010. According to the BOE, the regulation was necessary to clearly establish taxpayers’ and BOE staff’s responsibilities and duties during the audit process in order to ensure that BOE staff completes audits in a timely and efficient manner and to help taxpayers better understand and avoid confusion regarding the BOE audit process.

Regulation 1698.5 outlines general audit procedures and includes the expectation that sales and use tax audits be completed within a two-year period from the date of the opening conference and ending on the date of the exit conference. In general, under the new regulation, the BOE will not delay the commencement of an audit pending the conclusion of an audit for prior periods. Nor will an audit be held in abeyance while an appeal of a prior audit winds its way through the BOE’s appeal process.

Regulation 1698.5 is the first attempt by the BOE to prescribe procedures for conducting sales and use tax audits in a formal regulation. Previously, many aspects of the regulation were contained in the BOE’s Audit Manual and audits informally involved many of the conferences now being specifically identified and defined. The IDR process and AFPS are being utilized for the first time. Time will tell whether the new regulation actually will result in the more timely and efficient completion of audits.