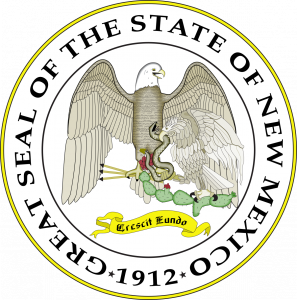 The New Mexico Court of Appeals decided a case illustrating the heavy risks of failing to comply with a court’s order.  Specifically, the Court of Appeals upheld the District Court’s full dismissal of a taxpayer’s refund claim for violating a discovery order.  In Bowman v. Manforte, the taxpayer sought a refund of Gross Receipts Tax arguing that her income was exempt as wage income rather than income from an independent business.  The New Mexico Department of Revenue Services (“Department”) suspected the taxpayer’s federal tax return would reflect deductions against the income that would be permitted only if the income were business income and not wages for federal income tax purposes.  The taxpayer refused to produce the federal tax return, claiming that the return was privileged from civil disclosure under New Mexico’s tax secrecy law.  The Department brought the taxpayer’s refusal before the District Court and twice obtained orders requiring the taxpayer to produce the return.  After the taxpayer failed to comply with the disclosure orders, the District Court took the dramatic step of dismissing the taxpayer’s refund claim altogether.  The taxpayer appealed to the Court of Appeals.

The Court of Appeals upheld the District Court’s dismissal order.  The Court of Appeals found that the taxpayer put her federal returns at issue by filing the Gross Receipts Tax refund claim.  The Court reasoned that, while New Mexico’s tax secrecy statute prohibited the Department from revealing tax return information, tax secrecy did not prevent a taxpayer from disclosing her own return in a proceeding where the return was relevant evidence.  Although the Court of Appeals acknowledged that dismissal of the refund claim in its entirety was an extreme measure, and potentially a violation of the taxpayer’s due process rights, the Court found that dismissal was appropriate based on the taxpayer’s willful noncompliance with the court’s orders, which constituted not only a discovery violation but contempt of court.

While the case illustrates the potential severe consequences of failing to comply with a court order, the appropriateness of dismissal here is questionable.  Unlike most state income tax laws, New Mexico’s Gross Receipts Tax statute does not define a starting point to calculate gross receipts by reference to federal income tax laws, and the court characterized the tax return as merely “relevant evidence.”  Although New Mexico case law indicates that taxpayers should treat income consistently for income and Gross Receipts Tax purposes, none of the Court of Appeals’ cited cases dismissed a taxpayer’s claim without a factual hearing based solely on the taxpayer’s federal tax position.  If the taxpayer could prove her income were wage income under New Mexico Gross Receipts Tax by some other means, the court likely should have adopted a less drastic remedy for the taxpayer’s noncompliance, such as requiring a factual inference that the taxpayer treated the income as other than wage income on her federal returns.