The U.S. Court of Appeals for the Fourth Circuit held that a South Carolina law limiting increases in appraised 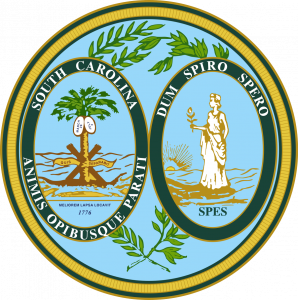 values of most commercial and industrial real properties to 15% within a five-year period violated the 4R Act because it discriminated against railroad properties.  CSX Transp., Inc. v. S.C. Dep’t of Revenue, No. 19-1154 (4th Cir. May 20, 2020).

The Railroad Revitalization and Regulatory Reform Act, commonly referred to as the 4R Act, prohibits states and localities from imposing taxes that discriminate against railroads.  49 U.S.C. § 11501.  One prominent feature of the 4R Act is that federal courts have concurrent jurisdiction over 4R Act lawsuits.  When a railroad challenges a state or local tax under the 4R Act, the railroad bears the initial burden of establishing a prima facie case of discriminatory treatment.  The railroad must show that the law in question taxes similarly situated groups differently.  Significantly, federal courts apply a more liberal construction of “similarly situated” in the context of the 4R Act than they do in the context of the Equal Protection Clause, the idea being that the 4R Act would be superfluous if it did not offer more protection than the Equal Protection Clause.  If the railroad meets its burden, the burden shifts to the state or locality to offer a sufficient justification for the differential treatment.

Second, the court dismissed the Department’s argument that the combination of four different sales tax and property tax exemptions applicable to railroads justified the differential treatment.  The court concluded that the Department failed to prove that the exemptions were “roughly equivalent” to the benefit of the 15% appraised value cap.

The Fourth Circuit ultimately held that the 15% cap violated the 4R Act because the state failed justify the discriminatory treatment.  The court reversed and remanded the case without addressing remedies.  It therefore remains to be seen how South Carolina will remedy the discrimination against the railroads.