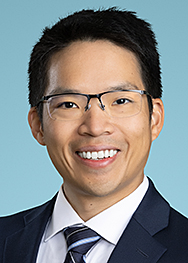 Prior to 2013, most California corporate taxpayers were required by default to calculate their income subject to tax in California according to an apportionment formula that looked at the average of the taxpayer’s property, payroll, and double-weighted sales in California compared to outside of California. Taxpayers that used this formula were required to assign their income from sales other than sales of tangible personal property (e.g., sales of services or intangible property) using a cost of performance sourcing methodology, which sourced receipts from these sales based on where the taxpayer’s income-producing activity was performed.

For tax years beginning after 2010 but before 2013, California corporate taxpayers were permitted an option to irrevocably elect on an annual basis to instead apply a single sales factor apportionment formula that looked only at the taxpayer’s sales in California compared to its sales outside of California. Taxpayers that elected to use a single sales factor apportionment formula were required to assign their income from sales other than sales of tangible personal property using a market-based sourcing methodology, which sourced receipts from these sales based on where the taxpayer’s market for the sales was located.

In November 2012, California electors voted to approve “The Clean Energy Jobs Act,” otherwise known as Proposition 39. As described in the voter information guide, Proposition 39 created a “Clean Energy Fund” available for “the purpose of funding projects that create jobs in California improving energy efficiency and expanding clean energy generation.” The voter materials also provided Proposition 39 would mandate the single sales factor apportionment formula for the purpose of raising revenue for the Clean Energy Fund from out-of-state taxpayers that had minimal California property and payroll.

By challenging Proposition 39, the out-of-state plaintiff seeks to apply the three-factor apportionment formula to apportion its income, and the corresponding cost of performance methodology to source its sales other than sales of tangible personal property.

The FTB has already filed a demurrer seeking to dismiss the action, alleging that the cable company provision was reasonably related to the broad overall purpose of Proposition 39 when viewed as a comprehensive tax reform package. The demurrer hearing is scheduled to take place on November 10, 2021.