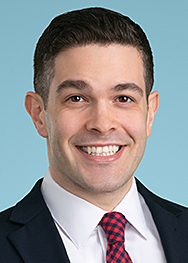 The Texas Supreme Court issued a decision holding that service receipts are sourced to the physical location of the taxpayer’s personnel or equipment that performed the service for which the customer paid. The decision resolves disagreement regarding the proper interpretation of a Texas franchise tax apportionment statute that addresses the sourcing of service receipts. The statute sources a service provider’s receipts to Texas to the extent the service is “performed” in Texas. The taxpayer argued that its receipts from sales of satellite radio programming subscriptions were properly sourced to the location where its personnel and equipment performed the radio production and transmission services necessary for its radio programming (“origination sourcing”). The Comptroller interpreted the apportionment statute to source service receipts to Texas if the “receipt-producing, end-product act” takes place in Texas, which the Comptroller argued occurred where each subscriber’s radio received and decrypted the taxpayer’s radio signal (“destination sourcing”).

Agreeing with the taxpayer, the court determined the plain language of the apportionment statute required origination sourcing. The court declined to adopt the agency’s “receipt-producing, end-product act” interpretation of the statute because the court saw no reason to depart from the “straightforward understandings of the everyday words the statute uses,” including that a “‘service’ is ‘performed in this state’ if the labor for the benefit of another is done in Texas.” The court explained that the Comptroller’s application of destination sourcing conflicted with the statutory language because the “Legislature chose the word ‘performed’—not ‘received’—and any test that blurs this critical distinction parts ways with the statute.”  Sirius XM Radio, Inc. v. Hegar (Mar. 25, 2022).