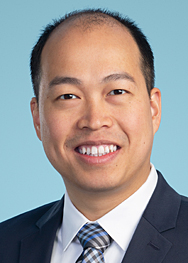 The growing tension between government promises of transparency and taxpayers’ right to confidentiality is likely to continue in 2019. Although the spirit of government transparency to enhance public access is well-meaning, this lofty goal often conflicts with taxpayer confidentiality and the associated expectation of privacy. Striking the appropriate balance between these two often conflicting positions can prove difficult, as highlighted by two recent developments, namely, the Pennsylvania Board of Finance and Revenue’s push to record and publish hearings on its website and the California Office of Tax Appeals’ attempts to address concerns regarding closed hearings and sealed records.

Pennsylvania’s Push to Publish Hearings
The Pennsylvania Board of Finance and Revenue, or BF&R, is a quasi-judicial administrative body with jurisdiction over appeals of final tax determinations from the Pennsylvania Department of Revenue.1 On Dec. 4, 2018, the Pennsylvania treasurer, who sits as chair of the BF&R, announced a new policy whereby hearings before the board would be recorded and available for viewing online.2 According to the Pennsylvania Treasury Department, the new BF&R policy is part of the state treasurer’s “ongoing efforts to promote transparency and enhance public access,” which include establishing a searchable online database of over 9,200 BF&R decisions, and is designed “to ensure that Treasury’s transparency efforts translate into all aspects of how [it is] doing business on behalf of Pennsylvania taxpayers.”3

Any information gained by any administrative department, board or commission, as a result of any returns, investigations, hearings or verifications required or authorized under the statutes of the Commonwealth imposing taxes or bonus for state purposes, or providing for the collection of the same, shall be confidential except for official purposes.5

Consequently, the Pennsylvania Bar Association has urged the BF&R to request an official opinion of the Pennsylvania attorney general to determine whether the BF&R’s efforts to publish videos of public proceedings online fall under the “official purpose” exemption.8 The tax law section of the Pennsylvania Bar Association has also contemplated a court action seeking a declaratory judgment or injunction after the board publishes the hearings on its website.9 Taxpayers with upcoming hearings before the BF&R must now weigh the risk of their proceedings being published online.

California’s Considerations for Closing Hearings
The current events in Pennsylvania mirror the tension brewing in California since the state overhauled its tax agencies nearly two years ago. Beginning Jan. 1, 2018, all administrative sales and use, personal income, and corporate franchise and income tax appeals have come under the jurisdiction of California’s new Office for Tax Appeals, or OTA.10 After operating for over a year, the OTA just adopted permanent regulations for governing the revamped tax appeal process.11 To its credit, the OTA facilitated constructive dialogue with taxpayers and tax practitioners alike throughout the regulation project, holding numerous informal interested parties meetings and a public hearing on the draft regulations. One issue that remained the subject of great debate involved the OTA’s procedures for closing otherwise public hearings and for publishing written opinions in cases where the hearings are closed.

Like hearings before the Pennsylvania BF&R, hearings before an OTA panel of administrative judges are open to the public.12 But the regulations provide a process for requesting closed hearings and the sealing of records.13 The OTA will consider granting a taxpayer’s request based on certain “objective criteria,” namely:

Notwithstanding closed hearings or sealed records, the OTA must publish a written opinion in every appeal decided by an OTA panel.15 Further, all opinions will appear on OTA’s website.16 Notably, the regulations provide “[t]here is no right to confidentiality as to relevant information that OTA includes in a written opinion.”17 Consequently, there are open questions on what constitutes “relevant information” in this context and how this provision applies specifically in appeals where the hearing was closed and/or the record sealed. It would seem problematic for the OTA to close a hearing only to openly publish the contents if relevant to a panel’s decision.

With its regulation project, the OTA hosted stakeholder meetings to discuss the specific issue of closed hearings. Participants in these meetings tended to fall into one of two general camps, advocating either: a change in the regulations to include a liberal standard for closing OTA hearings and to provide there will be no published opinion in cases which have closed hearings or a sealed record; or a more restricted use of the OTA’s authority to close hearings and the publication of all opinions in the interest of transparency. It remains to be seen how the OTA will apply its regulations going forward.

Striking a Balance
Relinquishing confidentiality is no small matter, particularly in the tax context. The reputational risk that often goes hand in glove with battling a tax assessment—however justified—causes many corporations to forgo pursuing appeals in venues lacking confidentiality. States understand this and, unfortunately, may wield the threat of transparency against taxpayers like a hammer. For those taxpayers choosing to push ahead with an appeal or litigation, states frequently introduce formerly confidential taxpayer information into the public record in defending an assessment or claim denial.

On the other hand, transparency at the administrative tax appeal level can prove invaluable to the broader taxpayer community. Open hearings, when viewed live or via video, give taxpayers immediate access to the process and personalities governing tax appeals. Published decisions, whether precedential or not, offer insight regarding the tax agency’s or administrative body’s interpretation of statutes and regulations. Such decisions help both taxpayers and revenue departments dealing with similar issues, and provide guidance for filing positions, structuring transactions, and arranging affairs.

The recent developments in Pennsylvania and California show the tension between confidentiality and transparency is alive and well heading into 2019. The developments also show how taxpayers can get involved in the discussion, by participating in the regulation projects or engaging in dialogue with the various state agencies either directly or through a larger group like a trade organization or state bar association. In addition, taxpayers pursuing administrative appeals in all states should educate themselves on the confidentiality attaching to each venue and/or proceeding (or lack thereof). Doing so will guide the internal decision-making process regarding whether to move forward with an appeal, and prevent the unwitting waiver of confidentiality simply by advancing the fight to the next level.