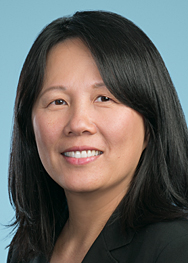 Over five years into a personal income tax residency audit by the California Franchise Tax Board (FTB), Gilbert Hyatt filed a civil suit in Nevada state court against FTB alleging tortious conduct by FTB auditors. After more than 17 years of litigation, including a previous trip to the United States Supreme Court, the High Court has again agreed to weigh in, this time to decide the extent the United States Constitution requires Nevada to provide the FTB immunity from such a civil suit.

Gilbert P. Hyatt, an inventor, was issued a lucrative computer chip patent in 1990. Three years later, an auditor with the California Franchise Tax Board (FTB) read a newspaper article discussing the large sums of money that Hyatt was making from licensing the patent.1 As a result, FTB opened an audit to inquire about Hyatt’s California income tax return for the 1991 tax year, which he filed as a part-year resident. Hyatt claimed to have changed his residence from California to Nevada in September of 1991. After his claimed change in residence, Hyatt received large sums of money from his patent. According to Hyatt, much of his licensing income from the patent was earned while he was a Nevada resident and, since it was not income from California sources under California Revenue and Taxation Code § 17952, that income was not subject to California income tax.

FTB Audit Findings
During the audit, FTB sent more than 100 letters and information demands to third parties, including Hyatt’s banks, utility companies, newspapers, medical providers, attorneys, and business associates. Many of these letters and information demands contained Hyatt’s social security number, home address, or both. Two Japanese companies that held licenses to use Hyatt’s patents also received information demands to inquire about licensing payments made to Hyatt, along with copies of their confidential licensing agreements. This alerted these Japanese companies that Hyatt was under investigation by FTB, and that he disclosed the confidential licensing agreements to FTB. Hyatt claimed that disclosure of the licensing agreements caused the two Japanese companies, as well as the Japanese market, to abandon him, ultimately ending his patent-licensing business in Japan.

FTB conducted interviews and collected signed statements from various individuals who were estranged from Hyatt at the time, but ignored witnesses with whom Hyatt had good relations. FTB auditors allegedly rifled through Hyatt’s mail and garbage, and made anti-Semitic remarks in reference to Hyatt.

During the audit, Hyatt provided FTB with evidence that he had rented an apartment in Nevada, obtained a Nevada driver’s license, opened a Nevada bank account, registered to vote in Nevada, obtained Nevada automobile and renter’s insurance, joined a Nevada synagogue, and sold his California home prior to the date of his asserted residency change. Nevertheless, FTB concluded that Hyatt staged the alleged move to Nevada all in an effort to avoid state income tax liability on his patent licensing income.2

FTB determined that Hyatt did not become a Nevada resident until April of 1992 and was thus a California resident when he received the licensing payments in late 1991. As a result, FTB issued notices of proposed assessment (NPAs) of $4.5 million for the 1991 tax year and $6 million for the 1992 tax year.

Protest and Litigation
Hyatt filed protests against the 1991 and 1992 NPAs in 1996 and 1997, respectively. About a decade later, on November 1, 2007, FTB denied the protests. Hyatt then filed an appeal of FTB’s determination with the California State Board of Equalization (SBE).

The decade-long period when the protests were pending was not a quiet one. In 1998, Hyatt sued FTB in Nevada state court alleging FTB auditors committed various torts against him in the course of the residency audit. Hyatt secured a protective order from the Nevada trial court prohibiting FTB from disclosing information obtained in discovery to the FTB protest officer. Nevertheless, FTB served an administrative subpoena on Hyatt in 2002 demanding documents covered by the protective order. After Hyatt refused to comply, FTB successfully petitioned the California superior court to compel compliance–a ruling upheld on appeal.3 There was also litigation in New York courts involving the enforcement of FTB subpoenas issued to two attorneys located in New York who were familiar with Hyatt’s patent-licensing business.4

In 2015, Hyatt filed suit in federal court against FTB and SBE members alleging that the manner in which the members were handling his administrative appeal violated his constitutional rights under the Equal Protection and Due Process Clauses of the United States Constitution because of excessive delays. The federal district court dismissed the suit pursuant to the Tax Injunction Act. Hyatt has an appeal pending before the 9th Circuit Court of Appeals challenging this dismissal.5

Hyatt Sues FTB in Nevada State Court
In his 1998 lawsuit against FTB, Hyatt alleged numerous causes of action, including negligent misrepresentation, intentional infliction of emotional distress, fraud, invasion of privacy, abuse of process, and breach of a confidential relationship. Hyatt also sought economic damages for losses incurred on his patent-licensing business in Japan caused by FTB’s improper disclosure of information, and requested declaratory relief that he was a Nevada resident as of September 1991. The trial court dismissed Hyatt’s declaratory relief and economic damages claims, but his other tort claims survived.6

In 2000, FTB petitioned the Nevada Supreme Court seeking full immunity from Hyatt’s claims under the theories of sovereign immunity, the Full Faith and Credit Clause, and comity.7 FTB argued that because it would enjoy full immunity from such a suit under California law,8 Nevada should extend the same immunities to FTB in Nevada courts. The Nevada Supreme Court held that FTB was not entitled to full immunity from such suits, but under principles of comity “FTB should be granted partial immunity equal to the immunity a Nevada government agency would receive” against such suit in Nevada court.9 Since the Court found that Nevada law does not provide its agencies with immunity from civil suits for bad faith conduct or intentional torts,10 the Court held “that FTB was immune from Hyatt’s negligence cause of action, but not from his intentional tort causes of action.”11

The United States Supreme Court agreed to review this ruling, and affirmed the Nevada Supreme Court’s decision in 2003.12 In affirming the decision, the Court held that the Full Faith and Credit Clause did not require Nevada to afford FTB the benefit of full immunity from tort actions arising from an audit as provided to FTB in California courts, citing Nevada v. Hall, 440 U.S. 410, 421 (1979), which held that “the Constitution does not confer sovereign immunity on States in the courts of sister States.”13 The Court also affirmed that FTB was entitled to partial immunity under comity principles to the extent a Nevada agency would be immune from such a suit in a Nevada court.14 As a result, Hyatt’s suit against FTB with respect to his intentional tort claims was allowed to continue, but not his negligence claims. The case was then remanded to the Nevada trial court on Hyatt’s surviving claims.

In 2008, a Nevada jury found in favor of Hyatt on all intentional tort causes of action.15 The jury awarded Hyatt damages of $85 million for emotional distress, $52 million for invasion of privacy, $1,085,282 for fraud, and $250 million in punitive damages. Hyatt was also awarded approximately $2.5 million in costs. FTB appealed the jury’s damages award as well as the award of costs to the Nevada Supreme Court, arguing that it was entitled to judgment as a matter of law or a remand for a new trial based on application of Nevada’s discretionary-function immunity.16 FTB argued that Nevada’s discretionary-function immunity did not contain an exception for bad-faith conduct and intentional torts.17

Hyatt appealed the trial court’s ruling precluding him from seeking economic damages incurred from the loss of his Japanese patent-licensing business.18 Hyatt asserted that the trial court erred when it ruled that he did not have sufficient evidence to present his economic damages claim to the jury, arguing that the circumstantial evidence he presented at trial was sufficient to support his claim.19

In September 2014, the Nevada Supreme Court issued a decision affirming Nevada’s exception to governmental agency immunity for intentional torts and bad-faith conduct.20 The Court held that because Nevada’s discretionary-function immunity does not protect the Nevada agencies from being subject to suit for intentional torts and bad-faith conduct in Nevada courts, comity principles do not extend such immunity to FTB because to do so would be contrary to Nevada public policy.21

The Nevada Supreme Court also held that while Nevada law imposes a statutory cap on tort damages against Nevada governmental agencies,22 comity principles do not entitle FTB to a damages cap because to do so “would conflict with [Nevada’s] policy interest in providing adequate redress to Nevada citizens.”23 However, the Court held that those same comity principles do provide FTB immunity from punitive damages, since they would not be available against a Nevada governmental agency under Nevada law.24

On March 23, 2015, FTB petitioned the United States Supreme Court to review the Nevada Supreme Court’s decision as to whether: (1) Nevada’s discretionary-function immunity rule is categorically inapplicable to intentional torts and bad-faith conduct; (2) a state may refuse to extend to sister states haled into its courts the same immunities its agencies enjoy in those courts by denying FTB the damages cap that Nevada government agencies enjoy; and (3) the holding in Nevada v. Hall, 440 U.S. 410 (1979), that the Constitution does not confer blanket sovereign immunity on States in the courts of sister States should be overruled.25 On June 30, 2015, the Court granted FTB’s writ of certiorari to address the second and third issues raised in FTB’s petition.

Conclusion
Hyatt has been embattled with FTB over his residency status and the conduct of FTB auditors now for over 20 years. While the United States Supreme Court has again agreed to review his Nevada case, that review will be limited to governmental immunity issues, and will not dispose of Hyatt’s Nevada suit. Whatever the United States Supreme Court decides, Hyatt’s Nevada suit will likely be remanded to the trial court for further proceedings. The Court’s decision also will have no bearing on Hyatt’s ongoing residency and licensing income sourcing dispute still pending on appeal at the SBE or Hyatt’s constitutional claims against the FTB and SBE currently under review by the 9th Circuit Court of Appeals. Even if Hyatt ultimately loses his 9th Circuit case and his pending appeal before the SBE, he could still file a refund suit in California superior court challenging the SBE decision. As such, two decades into his dispute with California, and with no immediate resolution in sight, it would not be surprising if Hyatt and California continue their battle for another decade or two.