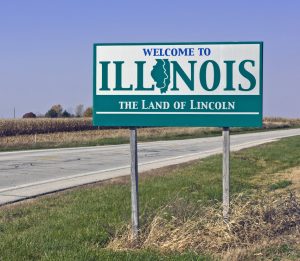 On January 29, 2020, the U.S. Court of Appeals for the Seventh Circuit held the Tax Injunction Act did not bar a federal lawsuit challenging property tax assessments on equal protection grounds because the taxpayers that brought the suit did not have a plain, speedy and efficient remedy in the Illinois state courts.

A group of Illinois taxpayers sought property tax refunds in Illinois state court on the theory that, between 2000 and 2008, the county assessor assessed their properties at the rates set by local ordinance but assessed similarly situated properties at lower rates. The taxpayers argued the differential tax treatment violated, among other things, the Fourteenth Amendment’s Equal Protection Clause.

The taxpayers’ state lawsuit dragged on for more than a decade without moving beyond the discovery phase, prompting the taxpayers to file suit in federal district court. The district court dismissed the case for lack of subject matter jurisdiction based on the Tax Injunction Act, 28 U.S.C. § 1341 (TIA), which prevents federal district courts from enjoining, suspending or restraining the assessment, levy or collection of any tax under state law if a “plain, speed and efficient” remedy is available in the state’s courts.

The Seventh Circuit reversed the district court on appeal. Under Illinois law, when a taxpayer challenges an assessment based on the valuation being incorrect, the court cannot consider the propriety of the assessor’s underlying methodologies or motives. Citing the U.S. Supreme Court’s decision in Allegheny Pittsburgh Coal Co. v. County Commission, 488 U.S. 336 (1989), the Seventh Circuit observed that a taxpayer whose assessment complies with state law may still be deprived of the equal protections of the law if similarly situated properties are assessed at a lower rate. The taxpayer bears the burden of proving there is no rational basis for the differential tax treatment which, the court said, “generally requires engaging with the legitimacy of the policy’s state purpose.”

The court concluded that because Illinois law prevented state courts from considering the propriety of the assessor’s underlying methodologies or motives, the taxpayers could not prove their claims under the Equal Protection Clause. As a result, the taxpayers did not have a plain, speedy and efficient remedy available to them in the state courts and the TIA did not bar federal jurisdiction of their claims.