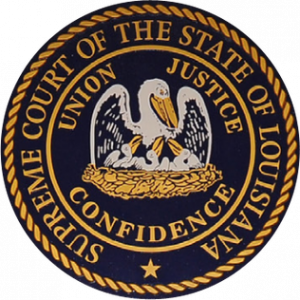 On January 29, 2020, the Louisiana Supreme Court issued a 4-3 decision in Normand v. Wal-Mart.com USA, reversing in full two lower courts and holding Walmart.com was not required to collect local sales tax on third-party sales facilitated through its online marketplace. The majority concluded Walmart.com was not a “dealer” under Louisiana law for purposes of such sales and the company’s contracts with third-party marketplace retailers did not transfer the third-party retailers’ sales tax obligation to Walmart.com.

Jefferson Parish audited Walmart.com for 2009 through 2015, concluding the company was obligated as a “dealer” statutorily and/or by contract to collect and remit sales tax on the property sold by third-party retailers through the marketplace’s website. Walmart.com argued operating a marketplace does not make Walmart.com a dealer under Louisiana law. To determine whether the statutory definition of “dealer” applied to the online marketplace, the Court found it necessary to first consider the broader scope of Louisiana’s general statutory sales and use tax scheme. While the Court determined “dealer” encompasses a “wider group of people than sellers,” it concluded “an online marketplace is not a party to the underlying sales transaction between the third party retailers and their customers, [citations omitted] but rather a facilitator of the sale” “for which it receives a referral fee.” The Court further reasoned “there is no indication the [Louisiana] Legislature intended to tax intermediaries [such as marketplace facilitators] that are only tangentially involved in [a] sales transaction.” Based on its findings, the Court held Walmart.com was not a “dealer” in connection with property owned by third-party retailers sold through the company’s online marketplace.

Notably, Jefferson Parish’s position was at odds with the Louisiana Department of Revenue, which had already concluded through its own audit that Walmart.com was not liable for sales tax on the third-party marketplace sales.

A Walmart spokesperson provided the following comments in response to the Court’s ruling:

“We are pleased with the Louisiana Supreme Court’s decision. We agree that existing Louisiana state law does not support the actions taken by Jefferson Parish. As a long-time leader in the movement to level the sales tax playing field for all retailers, we remain committed to supporting Louisiana’s elected lawmakers toward the passage of a state law that requires marketplace facilitators to collect sales tax on behalf of third party sellers.”