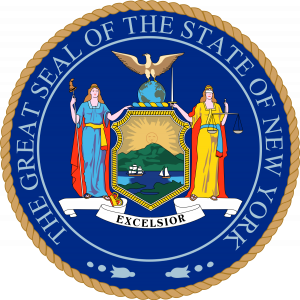 A New York trial court held that charges for storage services rendered in New Jersey were not subject to New York sales tax despite the fact that the property was originally picked up in New York. Vital Records, Inc. v. New York State Dep’t of Taxation & Finance, No. 900088-19 (N.Y. Sup. Ct. Albany Cty. Aug. 19, 2020). The case was not heard by the New York State Division of Tax Appeals, which is the typical venue for state tax disputes. Instead, the vendor brought an action against the New York State Department of Taxation and Finance (“Department”) and its executive deputy commissioner in a New York Supreme Court (trial court) seeking declaratory, injunctive, and other relief.

The Department asserted that when the vendor picked up customers’ records in New York, New York sales tax applied not only to the initial charges for courier services and storage services, but also to the subsequent monthly charges for storage services provided in New Jersey. The thrust of the Department’s position was that because the initial transfer of records occurs in New York, all gross receipts from the customer are sourced to New York for sales tax purposes.

The trial court concluded that the total charge for the initial sale of storage services and courier services to New York-based customers were subject to New York sales tax. Subsequent charges for the vendor’s storage services, however, were not subject to New York sales tax because the services were solely rendered in New Jersey. The court found that the Department did not have a rational basis for taxing storage services after the initial sale and that the Department’s decision to do so was arbitrary and capricious. The court rejected the vendor’s dormant Commerce Clause claim on the grounds that the sales tax imposition statute did not benefit in-state economic interests at the expense of out-of-state economic interests.